A lot of things happened this week. We finally printed all the brochures, and we have a grand total of 215 brochures. Celine and I have started sorting them into groups of 13 each. There will be 5 bundles for Western, 8 for Harry S, and 4 for the teachers so they can have extra if they need them. All the bundles are color coded and tied with string. They will be distributed on May 21 when the 5th graders visit for move up day. In other news, we did the paper tower challenge again. This time, instead of having to withstand wind, they had to hold a certain amount of weight. I worked with Cassie, and our tower worked. Lastly, we had to think of all the uses for a paper clip. Most people thought of 12-15. The sharpest minds thought of 20-30. As you can see, it was a very busy week.

This week I started working on the Project Wonder website. So far I’ve only made a few changes, such as the logo and website banner. I created two banners using Canva.com, and then the class voted on which one they liked better. The other one became the website logo. I also updated the teacher bios and corrected a few grammatical errors. Below is the winning banner and a link to the website. 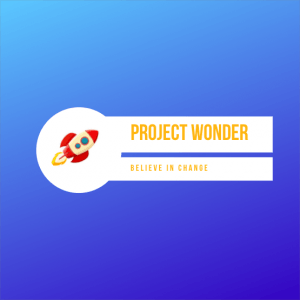 Update time! It’s been a few weeks since I told you about my brochure, so I figured I talk about it more. I started translating it into Spanish so the Spanish speaking parents can understand it better. Right now we have the 8th grade Spanish class proofreading it. We hope to be able to send it to the 5th graders next week. 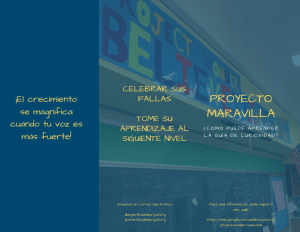 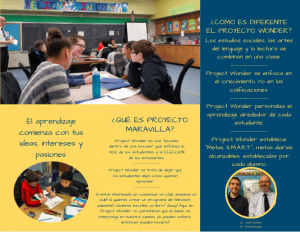 This week in science class, we created balloon powered cars, and I failed big time. The first version of my car was built using a can as the body and CDs as wheels. That car had too much mass, so it wasn’t able to move. The second version was made with a water bottle as a body, and once again, CDs as tires. The CDs wouldn’t turn, so we had to restart. The third car had a cardboard body and water bottle caps for wheels. It moved, but the balloon weighed it down, so we were back to square one. My final design had a water bottle body and water bottle cap wheels. This one finally moved, and it didn’t break once. Throughout the entire trial and error process, we had finally found a design that was efficient and worked.

This week, I was working on creating a map for my ancient civilization. The name of the civilization is Caspian. It is mostly forest and rivers. There are 8 cities, including one capital city. The population is 52,348. There are exactly 386 kilometers. The climate is temperate and has an average amount of rain. Below is a map of Caspian. 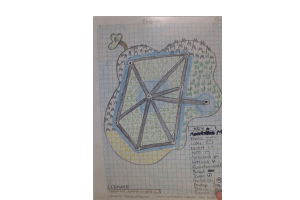 I have created a brochure about Project Wonder that we will distribute to the 5th graders. It contains all information that one would need in order to decide if they wanted to join Project Wonder. This brochure is covered in colorful pictures, and inspires creative thinking.

We hope that the brochure is effective when given to the 5th graders, and by next year, we expect to see major results. 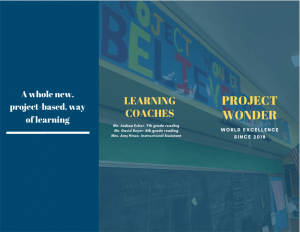 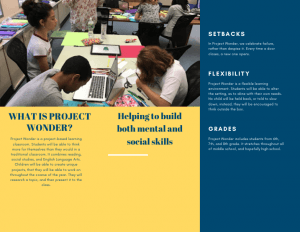